Can anyone topple Angela Borges, the queen of wellness? New IFBB Elite Pro Alaura Galeru hopes to be among the contenders this year in this incredibly popular category.

Difficult as it is to believe today, not long ago Alaura was a flabby size 16. Running, then weights, came to her rescue. “I did the London marathon and lost a lot of weight, and afterwards I realised I had ran off any butt I had,”
says Alaura. “My body had no tone. I was just slim so I got into weights to get that toned look.
I’ve done it ever since, including throughout my pregnancy. I even went into labour while doing weighted squats on the Smith machine. I had an easy pregnancy and a 45-minute labour – my glutes sessions lasted longer and were harder!”

ALAURA’S ROUTE TO THE STAGE BEGAN IN 2014 WHEN HER BODYBUILDER HUSBAND DAN TOOK HER TO SEE HIM COMPETE.

“He won his category and it was such a buzz,” she recalls. Inspired, she started training for bikini fitness but struggled on stage in her 2015 debut year. Her big legs and glutes just didn’t fit the criteria. She fell pregnant and when she resumed training two years later wellness had arrived in the UK.
Everything was about to change.

We know your system of training in our magazine and more curiosities of this athlete British. 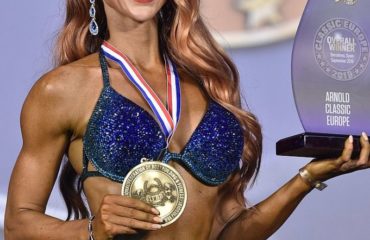 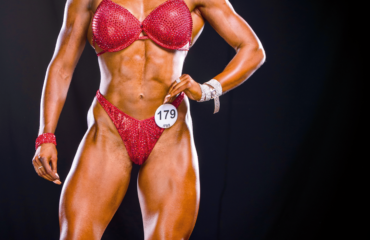