Norwegian IFBB Elite Pro competitor DENNIS JOHANSEN is the first ever IFBB Elite Pro Champion who have won twice in a row the same competition. After his second victory in Finland, we interviewed him for our magazine.

KP Ourama: What kind of background you have in sports before you started lifting weights and competing in men’s physique?

Dennis: Sports run in my family and I tried a lot of different sports growing up. I have always trained almost every day as far as I can remember. Competed in athletics, swimming and crosscountry skiing until the age of 12. Did also gymnastics and snowboarding, but later found my passion in basketball and played basketball professionally when I was 15 until 25.

K: How did all started and how you become men’s physique competitor?

D: I stumbled upon bodybuilding by accident. It was never my dream or goal to have a great body and it all started from basketball. I was too small to defend the big Americans, so my team sent me to the weight room to get stronger for basketball. After some hard work, I got strong enough and got a great physique as a byproduct. Then after quitting basketball, I needed something to do. I had trained on average 9 hours a day since I was 12 and didn’t know a normal life. I then continued lifting weights daily and got convinced by many to compete in fitness. I did my first shows in Athletic Fitness and won pretty much everything in my first year, but the category got cut from the IFBB the following year. I needed a new division to compete in, so it became Men’s Physique.

K: What was in it that hooked you in the sport?

D: I’m competitive person by nature, who is driven by progress. Unlike basketball, I saw fitness as an endless journey, where it takes decades to reach my true potential. I also got hooked by the sport because it fitted perfectly for my personality and lifestyle. Discipline, structured and a goal to stay fit and healthy for longevity.

K: IFBB Nordic Pro in 2017 was your first competition as a professional. How would you describe to be on stage with the other pros?

D: Actually my first Pro show was Arnold Classic in Barcelona before the IFBB Elite Pro league came. It was an amazing experience and even when I had done 34 shows before, I felt as nervous and excited as my first ever show. It was a dream come true to stand next to some of the athletes I had admired. The Nordic Pro was also an amazing experience and something to be proud of. To become the first ever Elite Pro champion and be part of such amazing show and great organization is truly humbling.

(more in our magazine) 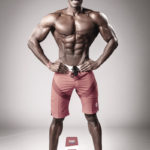 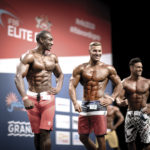 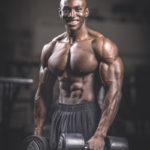 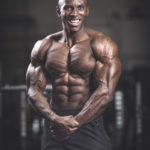 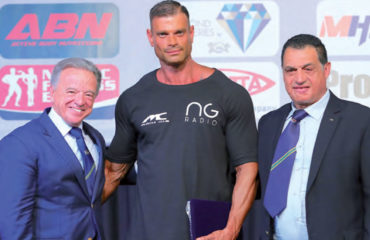 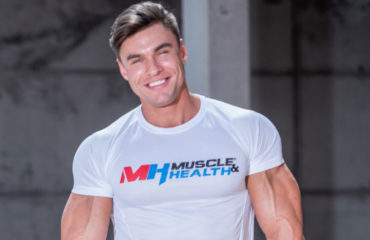 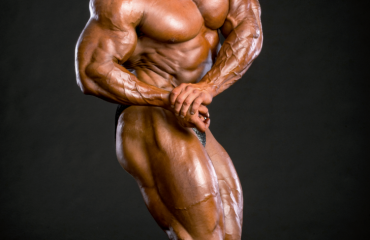