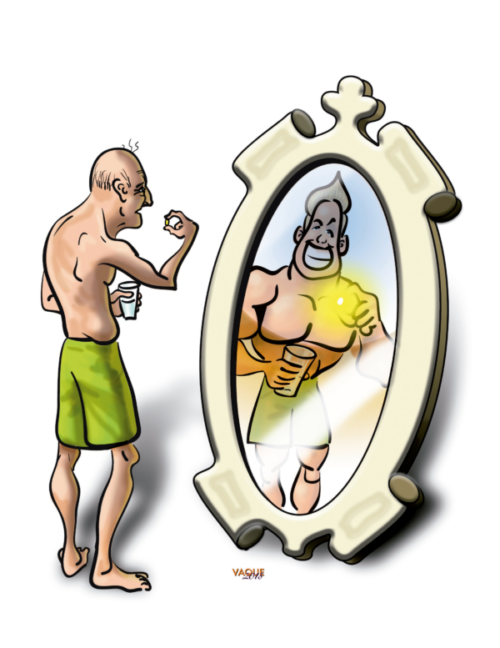 FROM HERE TO IMMORTALITY

“MIND TRANSFER” Could it possibly lead to immortality?

Many people say ‘yes’, it could indeed happen.
Here we will consider how scientific principles and technology can be used to preserve an individual’s personality, along with all their feelings and memories. This is not a work of fiction based on a film or novel: there are experts who not only subscribe to this belief but sincerely believe it will happen and some even assure us that we will be able to experience it within this century. They believe the exponential growth in the power of computers and technology will allow us to download our minds on to devices and then introduce them into new bodies that have the same characteristics and can continue living.

RENOWNED BUSINESS LEADERS of today not only believe in longer
life, free of discomfort and pain, they are also working towards it

There are many, many skeptics of such implausible sounding phenomena as anti-aging and the indefinite prolonging of life free from disease and mental and physical defects, which is the only kind of extended living most of us are interested in. History shows that the majority of people have always had their doubts when enlightened people come forward with new ideas. Steam, electricity, radio and flight were all mocked by cynics and, in some cases, dismissed outright before they happened. But we now enjoy the advantages these kinds of developments have brought. We can also point to five young, super-rich business leaders who derived their wealth from social networks and computers that not only believe in initiatives to overcome death and pain but actively support them. These people have invested their own wealth in pursuit of immortality. They are: SERGEY BRIN, co-founder of Google, LARRY ELLISON, co-founder of Oracle, PETER THIEL, cofounder of PayPal, JEFF BEZOS, founder and CEO of Amazon and, currently, the richest man on the planet; and (with particularly honourable mention) the boldest and most visionary of all, DMITRY ITSKOV, a young Russian who created the 2045 Initiative. They belong to a new generation of entrepreneurs who are establishing a new order that is replacing, perhaps permanently, the old magnates of oil and steel, commerce and construction. Are they altruistic, wise people? Or are they just speculators? And will they be able to turn their dreams of prolonged human existence into reality?

Human computer or an indestructible mind and body?

The growth in the power of computers is exponential and will continue to happen faster and faster, at least for the foreseeable future. Certain futurologists claim that we are now approaching a time when we will be able to introduce or ‘download’ our consciousness on to a computer system in order to live indefinitely within a virtual environment. This process would start by installing tiny “hardware” systems in the brain – in previous articles, we have discussed nanotechnology and explained how it can be used to insert cutting edge technology into the tiniest capillaries to observe, cure and rehabilitate all kinds of diseased cells. Such technology can also be used to perform all kinds of brain functions, gradually incorporating information to prevent a person’s identity from being lost. Once we reach this stage somebody’s mind, through simple processes, could be transferred on to any computer with sufficient power to cope or be stored on the cloud. It is also hoped we will be able to perform complete brain scans and then transfer the results on to a computer. However, the level of information necessary to memorize our entire consciousness is still unknown. It is also not known what damage this might cause the brain. But if we could complete these functions we would become practically immortal in the sense that the only way we could destroy ourselves would be if we lost or broke whatever device contains us. (Backup copies and the use of the cloud would help to prevent this, meaning it is only likely to happen if our planet was destroyed).

Forget the first word – and concept – because a ROBOT is a machine, regardless of whether or not it looks like a human. Its purpose is to perform work previously carried out by human beings. We are talking here about downloading someone’s mind and when that can be achieved, and any experimental and operational phases overcome, whether we can then create a new kind of super structure that is identical or similar to how we look and think now, free from defects and diseases: men two metres tall and 110 kg, women 1.85 metres tall and 85 kilos, athletic, with low body fat percentages, attractive… this sounds more like a CYBORG – a cybernetic organism – whose human functions are controlled by devices, which can do everything from creating simple artificial body parts to creating a complete exoskeleton that is difficult to destroy and has maximum functionality. But ANDROIDS relate more closely to what we are discussing. These are a kind of automaton in human form, which contain our downloaded minds so we can enjoy more realistic sensations and emotions. Our personalities must be accompanied by some kind of physical form, either a human one that has been prepared to receive it or a new structure coated with kevlar or silicone, that feels similar to human skin – there are excellent breast prostheses that are similar to actual ones – and the entire external figure would be indistinguishable from current men and women. The interior could be hollow or filled with a spongy material. The brain will be housed in a computer connected elsewhere and there would be no chance of the physical part being damaged, vandalized or disappearing because spare parts could be created and applied immediately. 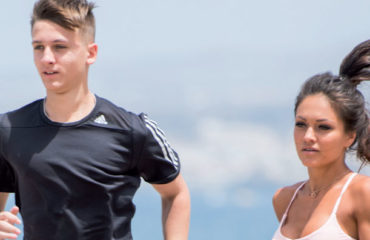 A Christmas too sweet?

THE 5 COMMON ERRORS OF YOUR FOOD, IN SUMMER 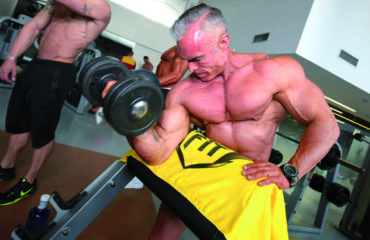 START WHEN YOU ALREADY HAVE AN AGE!