New IFBB Elite Pro James Watts, has the kind of complete look that is being rewarded by the Federation’s Judges.

M&H: How did you get into bodybuilding?
JAMES: I’ve been into sports as long as I can remember, mainly football, swimming and boxing. After many years of competitive sports, I realized it wasn’t the sports I enjoyed it was the training so I started looking into training and weight lifting in particular. It wasn’t long until I stumbled across a picture of Nasser El Sonbaty on a Google search followed by a video of one of Lee Priest’s routines and I knew from them I was IN!
M&H: Career Highlights
JAMES: 2012 South coast middleweight and overall champion. 2014 British middleweight champion. 2015 English Grand Prix light heavyweight champion. 2016 British light heavyweight champion. 2019 classic championship light heavyweight champion. 2019 English Grand Prix light heavyweight and overall champion.
M&H: How do you feel about becoming an IFBB Elite Pro and what are your goals?
JAMES: In all honesty it still hasn’t fully sunk in yet. I’m very excited to get my pro career underway and already planning my debut for later this year. As far as goals go I haven’t really set any yet but I guess my first goal would be to win an u90 IFBB Elite Pro show. Once this has been achieved I’ll set the next one.
M&H: How does your weekly training breakdown?
JAMES: Right now it goes chest and delts, back thickness and quads, day off, delts and arms, quads, hams, calves and back width, day off. Then I repeat or take an extra day off if needed.
M&H: Do you prefer volume training or high intensity?
JAMES: I have done both over the years and I much prefer a higher intensity approach. I typically do less than 10 work sets in any session but I train to complete failure and leave nothing in the tank.
M&H: You’re known for your triceps and hamstrings. Do you have any tips for training those body parts?
JAMES: In all honesty, my hamstrings have had very little direct work… I’ve always done the basics like a squat and a deadlift variation but as far as direct hamstring work goes I haven’t done more than 1-2 sets of hamstring curls in years! But what I do, I do hard. For triceps, I’d have to say skullcrushers are the key for me. One thing I have found useful for triceps is a little isolation work followed by ether skull crushers or close grip press.

M&H: Favourite and least favorite body parts to train?
JAMES: I enjoy training everything really but if I had to pick I’d say my least favorite is calves or abs and favorite would be quads or back.
M&H: How do you always come in so lean?
JAMES: The secret of this is that I just work really hard. I go to bed hungry and I wake up hungry. I train as hard in prep as I do in the offseason and I just grit my teeth and suffer for the condition. It’s not fun but I get a sick pleasure out of knowing that I can suffer and push more than most. Some people think they are pushing really hard and can’t push any harder or suffer anymore. These people in my opinion just do not want it as much as I do.

M&H: Where do you feel you need to improve?
JAMES: I think I could improve my stage presence and confidence although my last two shows I have felt very confident in myself and hope that has shown on stage. As for visually, I’d like to grow everything while bringing up my back and quads a bit more and keeping my waist tight.
M&H: Do you prefer to train alone or with a partner, and why?
JAMES: I think I prefer to train alone as long as I can get a spot. I like to go in, headphones on, no talking and just smash out the session.
M&H: What do you do for cardio?
JAMES: Walking fasted first thing post-workout and before my last meal. I’ll adjust as needed.
M&H: Favourite cheat food?
JAMES: I’m not sure I have one, my cravings change quite a lot during prep but as long as I get to eat a nice meal every now and then with my wife and two boys I’m happy. 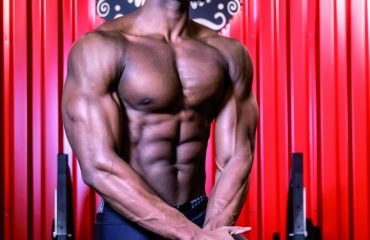 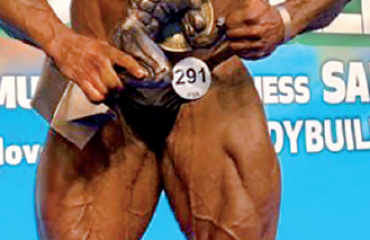 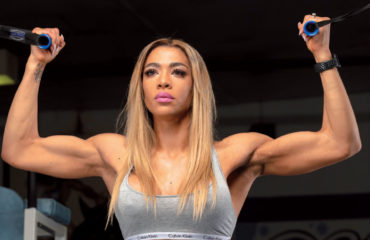